Trisha Kar Madhu is a popular actress in Bhojpuri industry. She is calculated among the hot and sexy actresses of Bhojpuri industry. Trisha was birthed on Jan 10, 1994 in Konnagar, Kolkata, West Bengal. Kar Madhu’s full name is Trisha Khan. She obtained her primary education from Mani School in Kolkata. Later this Trisha finished her graduation from Ashutosh College, Kolkata.

She wanted to become a criminal psychologist during her teenage, but then she moved to modeling. Trisha made her small screen debut with the serial ‘Hum Hain Hindustani’. She began her movie career in 1999 with the Tamil movie ‘Jodi’. She was captivate to modeling due to her interest in acting since teenage.

Apart from this, she has also won various awards. After this, Trisha, who was looking for a chance in the Bengali movie industry, obtain a opportunity to work in the Bhojpuri movie industry. Which she saved with both hands. Seeing this, she has become most of the top heroines of the Bhojpuri industry. In the Bhojpuri movie industry, Trishakar Madhu has worked on various video albums and Bhojpuri movies. Till now she has worked with various megastars like Pawan Singh, Khesari Lal Yadav, Arvind Akela Kallu, and Rakesh Mishra. ‘Raja Tani Jayin Na Bahriya’ was her hit video song, which people still like today. Trisha’s forthcoming films are ‘Dulhan Ganga Paar Ke’, ‘Jaani Dushman’ and ‘Muqaddar’. Trisha Kar Madhu is currently unmarried. 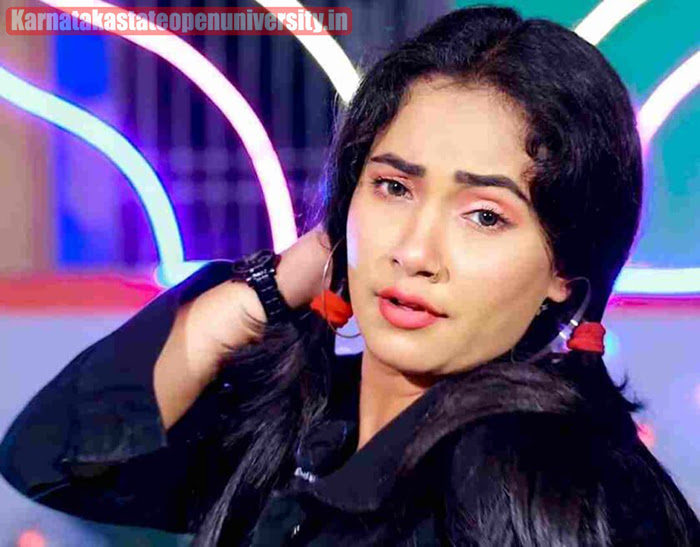 If we talk about Madhu’s modeling profession, then she began her modeling profession in the year 1999, and she was Miss Salem (Miss Salem Trisha kar in 1999), Miss Chennai, and Miss Madras contest, and later, In the year 2001, Madhu has also won the book Miss India Beautiful Smile. If we talk about her movie career, then he made his debut in the movie world in 1999 with the Tamil movie ‘Jodi‘ but he did not obtain much success from this movie, and then he made her debut with the serial ‘Hum Hain Hindustani in the little screen.
While Madhu has began her Bhojpuri profession in 2018 with the Bhojpuri hit song “Ae Raja Badi Dardiya”.